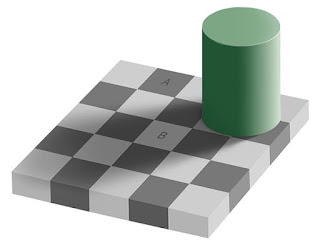 Around 15-20 years ago I had this sudden insight, a sudden understanding. It was pertaining to so-called perceptual illusions.  I suddenly realised that many so-called perceptual illusions are not in fact illusions at all. Close to ten years ago I wrote a blog post regarding the checker-shadow illusion where I explained that, in my opinion, properly speaking, this is not in fact an illusion at all. Before reading further I recommend that people read that blog post. I would also recommend that people read another blog post by me on perceptual illusions here.   And, although not necessary to read, this blog post too might be of interest.
On searching on the net I've only ever been able to find one person who holds the same opinion as I do that this shadow-checker "illusion" is not in fact an illusion at all.  And that was merely on a discussion forum.  Indeed, I have been vehemently attacked on this issue by many people (although it is clear to me they simply completely fail to understand my argument). Anyway, just a couple of days ago, I discovered a very interesting review of a book regarding colours and which talks about the checker-shadow illusion.  It says:

“Illusion” implies that our system is fooled, but as far as useful information goes, the checkerboard interpretation is probably better. Try as they might, mathematicians can’t make the computers see the checkerboard. Rather than a demonstration of how easily fooled we are, optical illusions like this one are examples of the brain’s mysterious and irreplicable abilities. It interprets its environment with a sophistication that exceeds our ability to measure and reconstruct physical phenomena. The usual framing has it wrong: Despite A and B having the same SSR, humans are still able to see the checkerboard.

First of all, it's gratifying to at last find someone else that agrees with me.  Two other people actually, both the author of the book and the reviewer.

But, anyway, this underscores the fact that in certain respects computers, at least if merely using visual information, cannot see as well as we do.  The fact that computers cannot see the checkerboard implies that they cannot see their environment very well at all.  This is why autonomous cars can't just rely on cameras but require other sensing methods such as LIDAR.  It also partially explains why fully autonomous cars might still be decades away.  Back in 2014 I predicted 2060, which at that time was vastly later than all the predictions of the various pundits.  Almost to the man they thought that fully autonomous cars would be widespread within 5-20 years.

So, despite using highly sophisticated algorithms, computers still cannot see as well as we do.  An interesting question is why can't they?  Why can't they see the checkerboard?  If it is merely the brain that enables us to see, then whatever physical processes are involved, they surely should be able to be matched by suitably sophisticated algorithms.  To me their failure in this regard suggests that something else is required, that consciousness in and of itself  is playing a pivotal role that is enabling us to see proficiently. 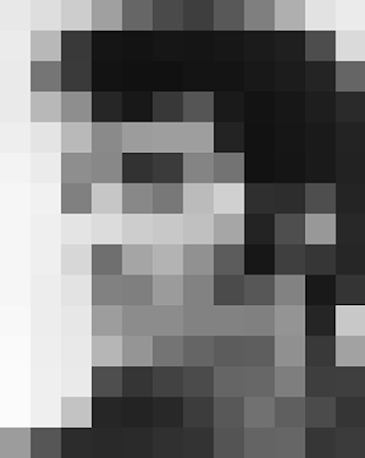