The Filter Hypothesis of the Mind-Brain Relationship 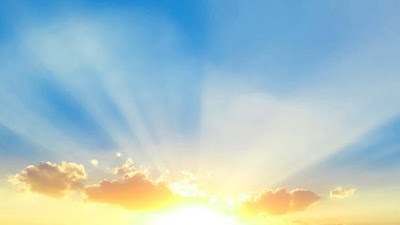 In the Myth of an Afterlife there's a chapter called The Dualist’s Dilemma.  The authors of this particular chapter (different chapters are penned by different authors) are Keith Augustine and Yonatan I. Fishman.  At one point they criticise the filter hypothesis of the consciousness-brain relationship.  The filter hypothesis rejects the idea that the brain produces the self and consciousness and, at least in its most simplistic interpretation, holds that the brain serves to constrain, limit and focus our consciousness.  They say:

So, in an unembodied state as in an afterlife realm, we ought to be more conscious.  This seems to be supported by accounts from those who have undergone NDE's who often report that during their NDE they felt more conscious than they have ever felt in their lives.

[No] brainless minds are available to clinicians for study, this is not a falsifiable prediction in itself. But it does have falsifiable consequences, most obviously that the greater the disruption in brain function, the “freer” the mind will be from its neural confines, and hence the clearer one’s cognitive function will be. For example, we would expect the progressive destruction of more and more of the brain’s “filter” by Alzheimer’s disease to progressively “free” more and more of consciousness, and thus increase Alzheimer’s patients’ mental proficiency as the disease progresses. Just as removing sections of a dam would increase the flow of water going through it, the degenerating “filter” would become increasingly ineffective in limiting consciousness as more and more neural pathways were destroyed.

Well, in the context of Alzheimer's there is the phenomenon of terminal or paradoxical lucidity, but anyway...

Often the metaphor of a TV set is employed to illustrate this filter hypothesis. Just as a TV set doesn't produce the programmes that are shown, but merely alters the TV signal in certain characteristic ways, so too brains don't produce consciousness but rather alters consciousness in a certain characteristic way.  Now, clearly, a damaged TV doesn't result in enhanced picture quality, so why would a damaged brain result in one becoming more conscious?

Their mistake is to ignore the fact that while the self is attached to the brain, then it will be subject to the condition of the brain.  Compare to my vision when I wear eyeglasses with the lenses progressively fogging up.  My vision won't be enhanced, rather it will be compromised.  But not so when I take the eyeglasses off.

They go on to say:

Not at all.  Again, if we refer to the TV set metaphor, we would scarcely expect an old-fashioned B&W TV set to produce the best picture quality, and a more technologically sophisticated  smart UHD TV set, to produce the worst.

Incidentally, they're taking the notion of a brain being a "filter" too literally.  The brain doesn't merely filter, it will have a somewhat more involved role than that.